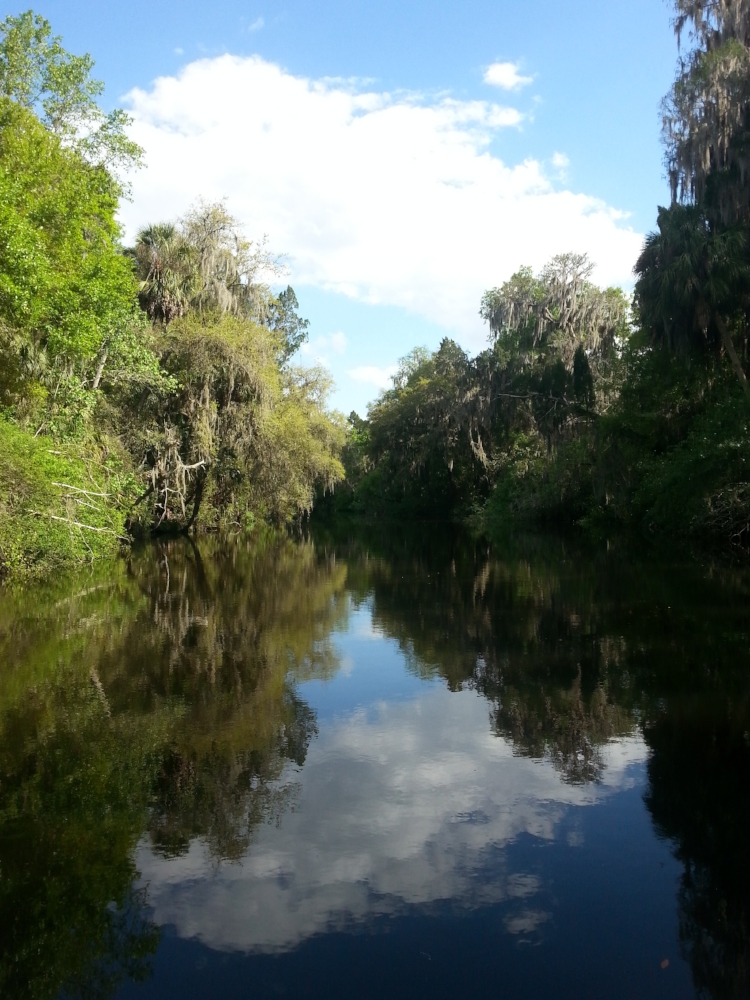 Understanding the geographic distribution of turtles is fundamental to conservation and management. Restricted to rivers that drain into the northeastern Gulf of Mexico along the northwest coast of Florida, the southern distribution and status of the Suwannee cooter (Pseudemys concinna suwanniensis) is uncertain and hence of conservation concern. George L. Heinrich and Timothy J. Walsh, supported by volunteers, continue to survey Gulf Coast rivers in an effort to determine the true distribution of the largest member of the speciose turtle family Emydidae. Prior to this work, a long-believed distributional gap of ~79 km occurred between the Weeki Wachee River and Alafia River (previously the southernmost documented occurrence; see map). Over the past two years, we have completed rapid assessment surveys that found the species in the Pithlachascotee and Anclote rivers. Our team also documented the occurrence of Suwannee cooters in the Chassahowitzka, Little Manatee, and Manatee rivers. The following geographic distribution notes published in Herpetological Review provide five new river records, two new county records, and a range extension. 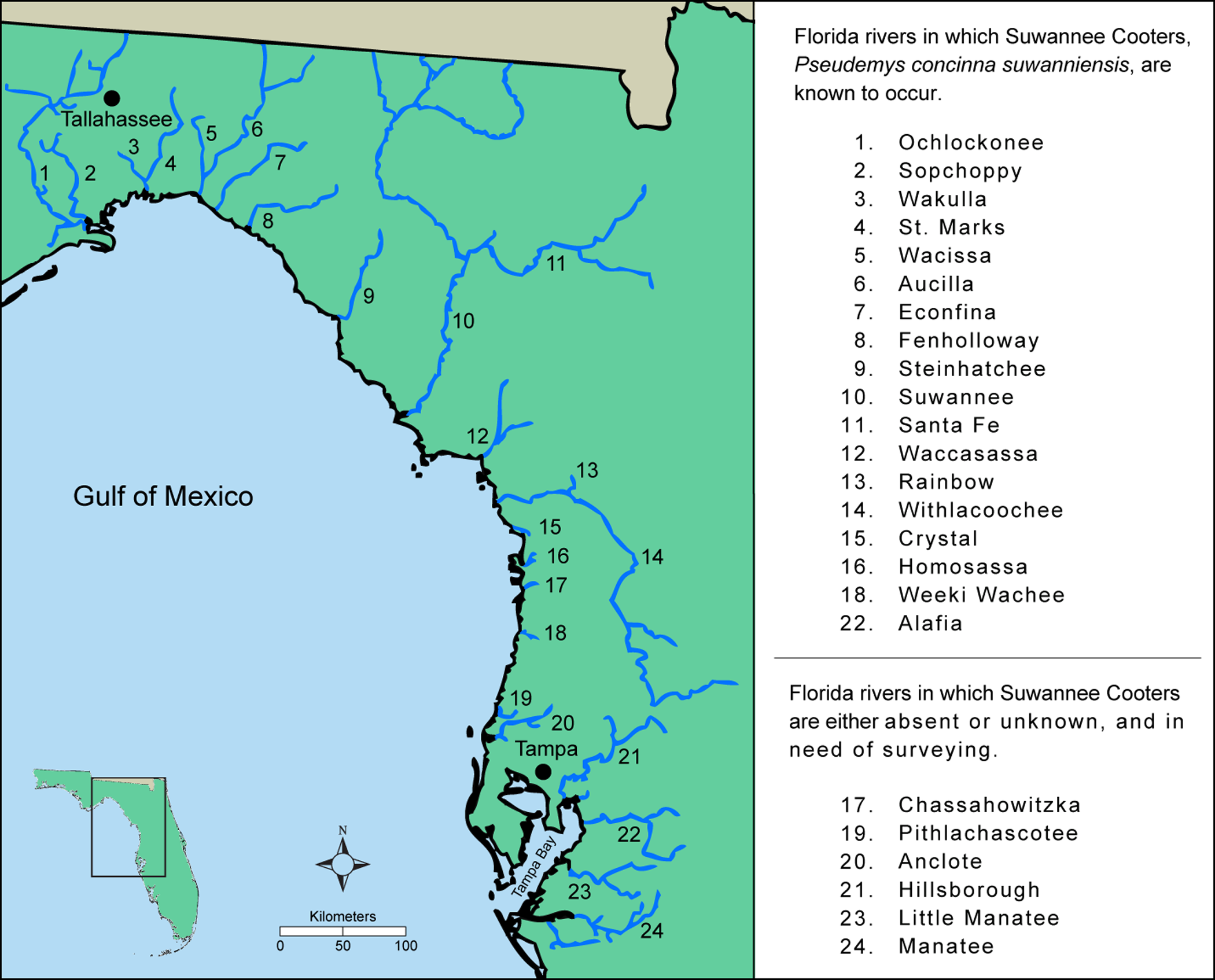 We continue to survey the north and south prongs of the Alafia River as part of a project to determine the distribution and status of the Suwannee cooter in this beautiful, yet anthropogenically-disturbed, tannic river. For more information on this work, please see an earlier blog posting below. 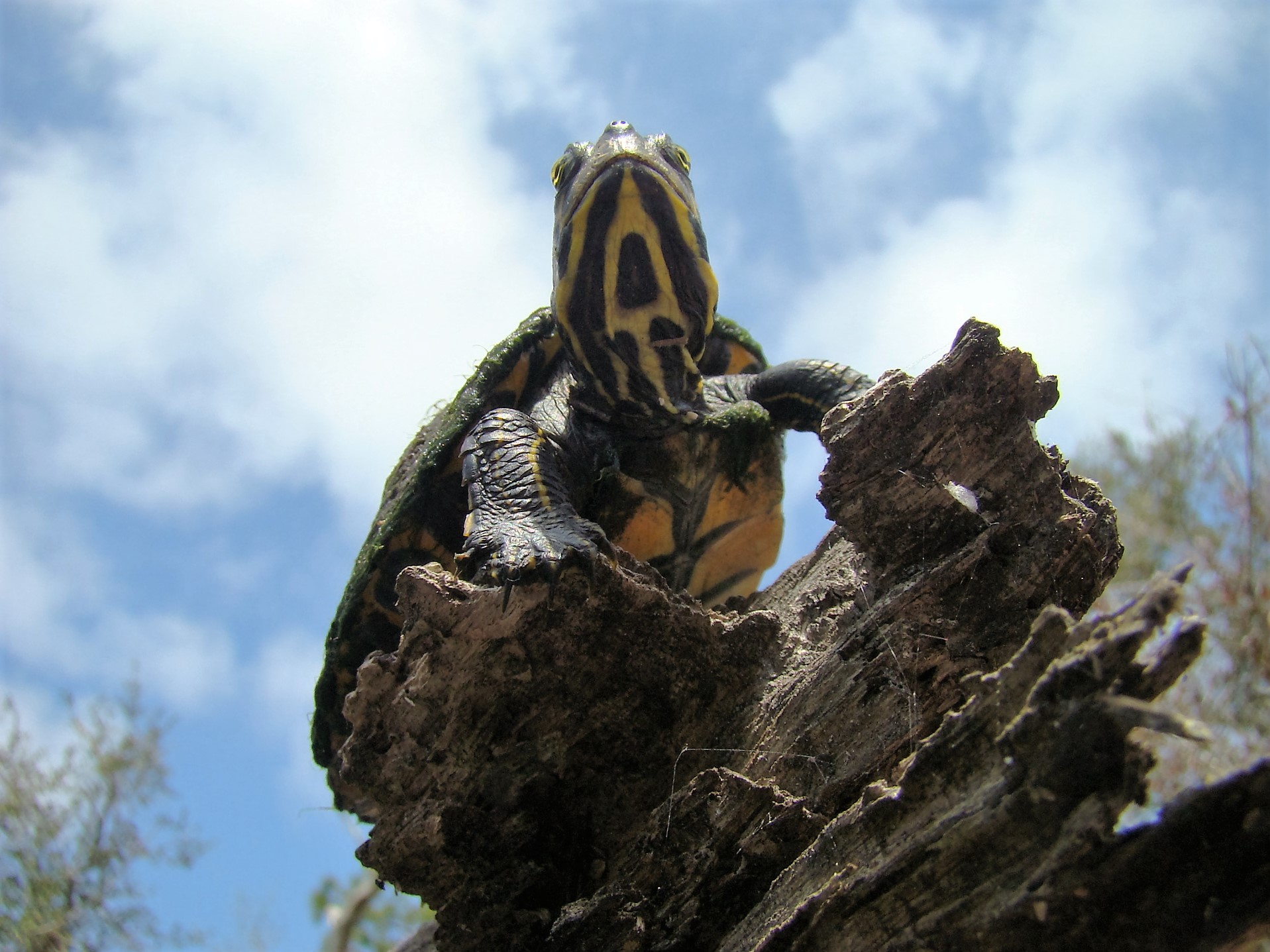 Future work includes surveys of the Hillsborough River (within the former distributional gap), as well as rivers south of the Manatee River. In addition, we hope to determine why famed Florida naturalist and turtle biologist, Archie Carr, stated that this species occurred in Pinellas County when there is no supporting evidence. Challenges in the field, museums, and office are more than compensated for by opportunities to drive conservation and experience wild Florida. We are most grateful to Jim Caldwell, Lynn Marshall, and Ernie Simmons for their support in the field. 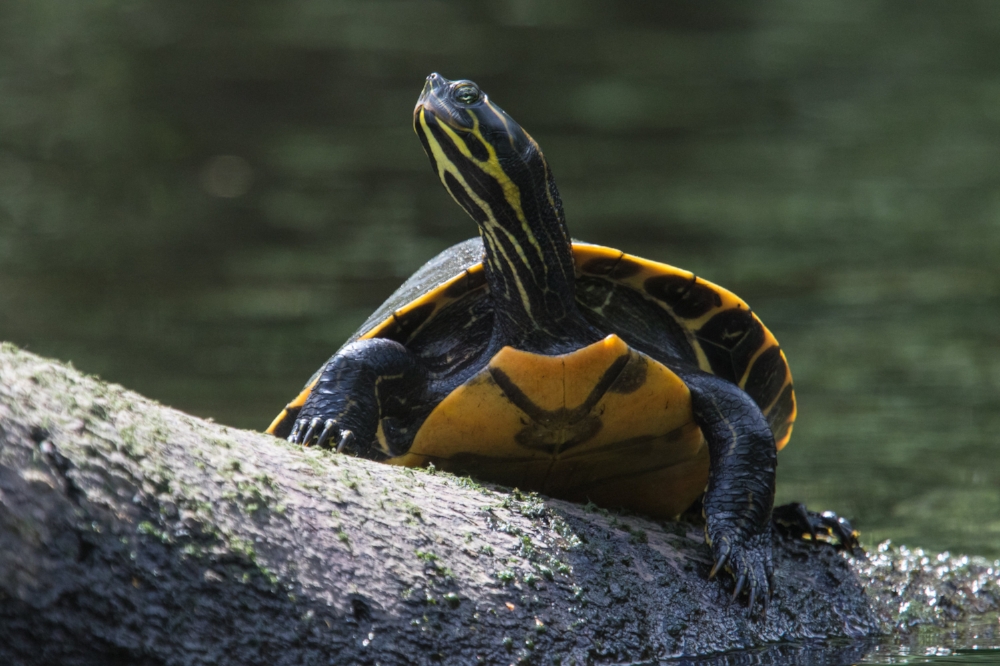 George L. Heinrich will be presenting at the New York Turtle and Tortoise Society Seminar 2017. He will be visiting Yonkers (located just outside of NYC) to share our work with gopher tortoises and Suwannee cooters, as well as to promote the Florida Turtle Conservation Trust's new initiative, The Big Turtle Year (www.thebigturtleyear.org). 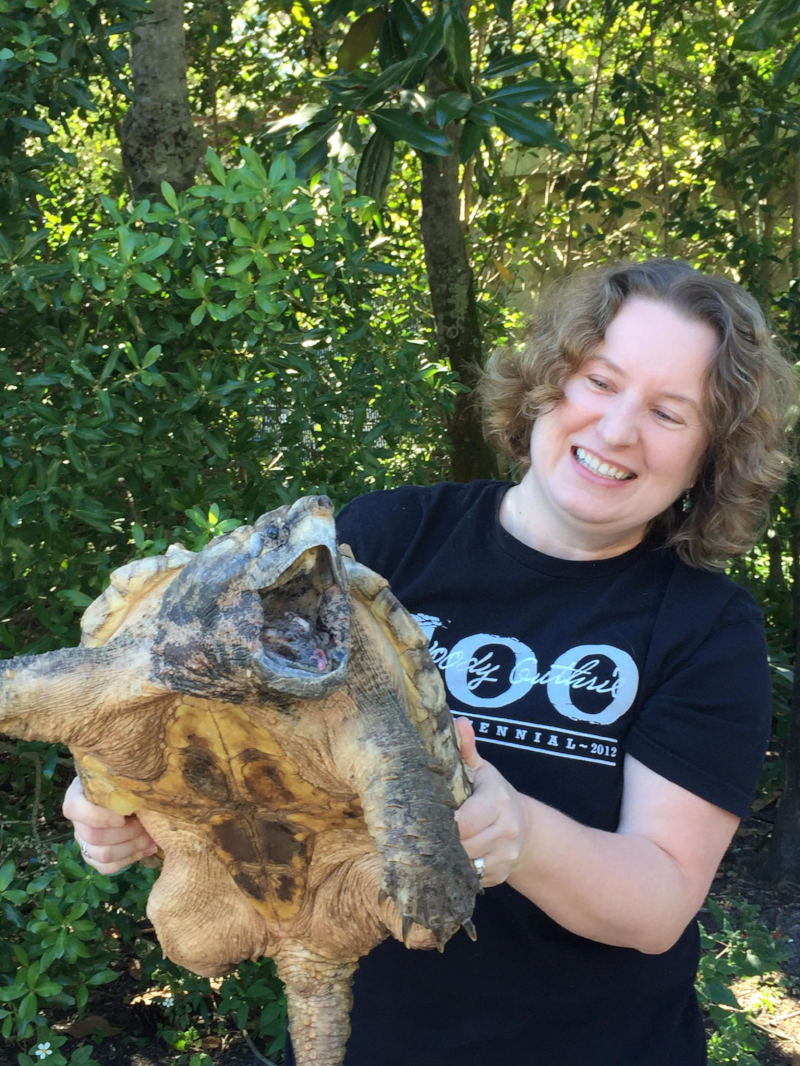 The new “Turtle Science” course for adults at Boyd Hill Nature Preserve (St. Petersburg, Florida) is underway. Twelve students are participating in this hands-on course which introduces the study of freshwater turtles and tortoises, and is designed for college students, naturalists, educators, environmental professionals, and other interested individuals. Students will learn about the world’s most endangered group of wildlife during seven, themed monthly sessions running through May 2017. The goal is to introduce students to how wildlife research is conducted and to engage them about important global conservation issues. Classroom sessions include PowerPoint presentations on why turtles are cool, gopher tortoises and fire ecology, anatomy, feeding ecology, nesting ecology, and global conservation issues, as well as engaging hands-on activities. Field sessions include lessons on identification techniques and data collection. A field trip to Rainbow Run (Dunnellon) during the last session will provide an opportunity to canoe and snorkel in a spring-fed river supporting several turtle species.

Plans for the Florida Turtle Conservation Trust's new project, The Big Turtle Year, are well underway. We recently met with potential project partners and sponsors at the Turtle Survival Alliance conference held in New Orleans this month. Interest in this conservation education project is strong and we look forward to working with multiple partners. We also completed two reconnaissance trips to the Midwest and Gulf Coast regions of the United States, with 14 species observed. 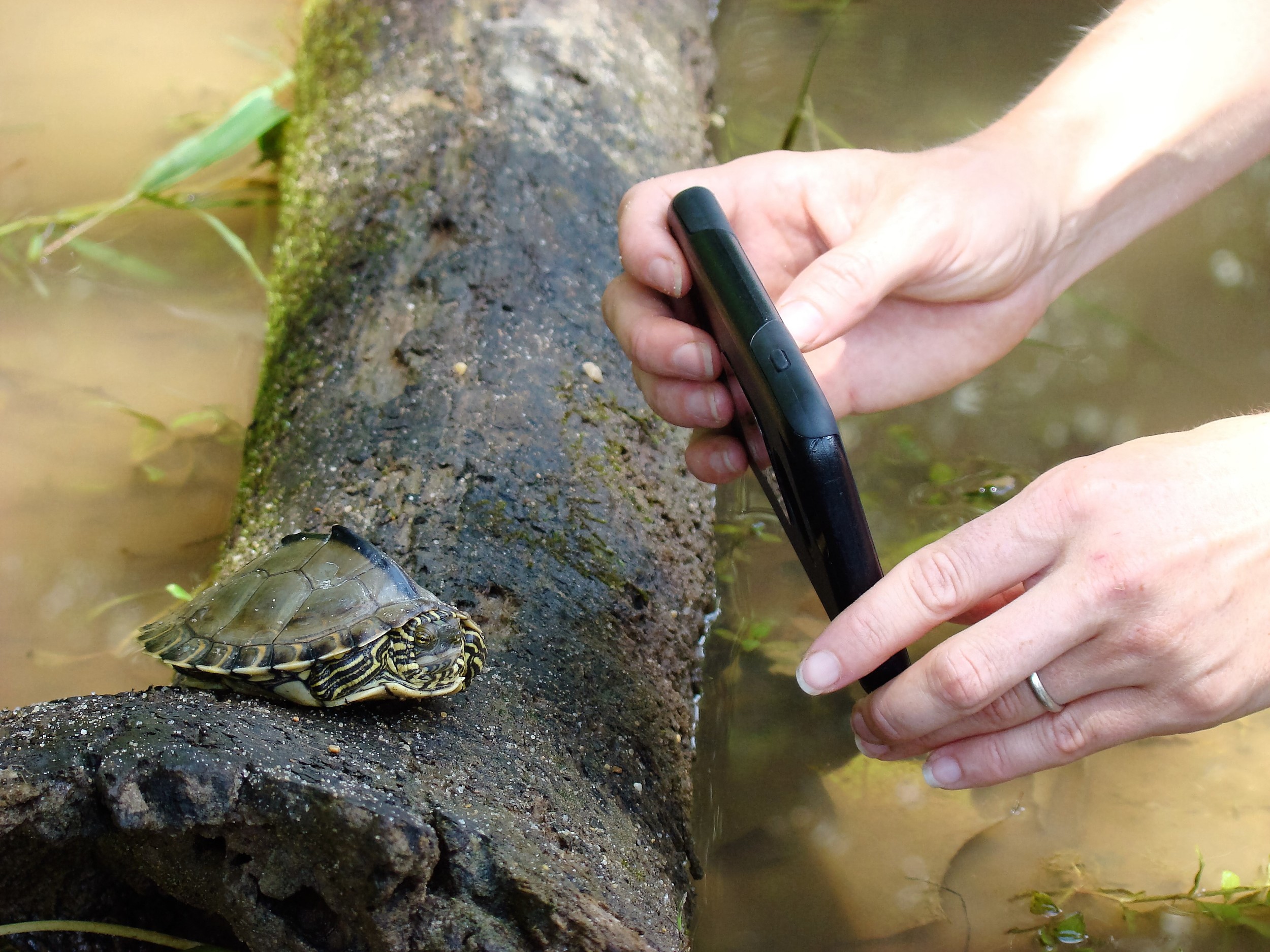 This was nice publicity for Boyd Hill Nature Preserve (St. Petersburg, Florida), where ongoing habitat restoration work under the direction of preserve supervisor Barbara Stalbird is continuing at a steady pace. Her success at writing and receiving grants is critical toward this effort. We are also pleased that it acknowledged the importance of volunteers. Only a few minor errors were reported in the article, but overall it is a nice piece.

Turtles are ancient creatures that shared the earth with the dinosaurs and today are important and visible elements in many ecosystems.  Some species serve as indicators of environmental health, while others are classified as keystone species (play a vital ecological role in a given habitat), umbrella species (conservation efforts on their behalf benefit the larger ecological community), or flagship species (iconic symbols of habitat conservation efforts).  Thus, turtle conservation benefits the ecosystems in which they are found. 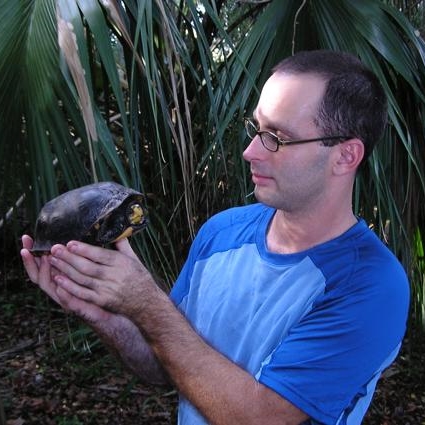 The IUCN Tortoise and Freshwater Turtle Specialist Group reports that approximately 58% of all turtles are threatened with extinction.  A long list of diverse threats to both common and highly endangered tortoise and freshwater turtle species have been identified globally.  Perhaps the greatest are habitat loss; collection for the food, pet, and traditional medicinal trade; road mortality; and predation.  Working in negative synergy, these threats are creating a perfect storm for the most endangered wildlife taxa in the world.  Certainly, these threats present broad and immediate conservation challenges. Despite the urgency of the situation, opportunities for conservation are abundant and the charismatic attraction of turtles makes them an excellent group for education and outreach efforts to enhance ecological, conservation, and environmental awareness.

Fifty-nine turtle species occur in the United States and many are of conservation concern.  While species from areas such as Asia, South America, and Madagascar often receive the majority of conservation attention, the plight of North American species quietly goes unnoticed.  The Big Turtle Year (2017) will emphasize the rich diversity, ecology, and conservation needs of species found in the United States.  Long in the planning, this education project will increase awareness regarding the status of these often overlooked animals.  George L. Heinrich (Heinrich Ecological Services; Florida Turtle Conservation Trust) and Timothy J. Walsh (Bruce Museum; Florida Turtle Conservation Trust) will visit numerous sites accompanied by other researchers in an effort to see as many species as possible during a single year. The project's progress will be featured on a dedicated website, promoted via social media outlets, and presented at several organizational conferences and meetings (both during and after the project).

Five field trips (7-10 days each) are being organized for the regions listed below, in addition to multiple shorter trips in Florida.  Every effort is being made to maximize species diversity at the fewest locations possible to reduce costs. 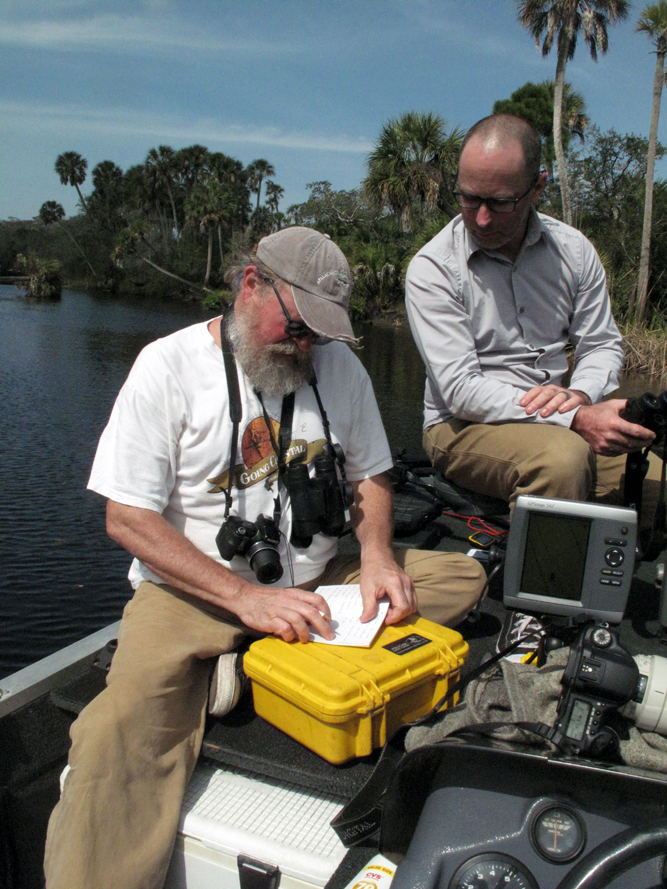 George L. Heinrich and Tim Walsh (Bruce Museum) recently completed a week of fieldwork on several Florida rivers within the southern distribution of the Suwannee cooter (Pseudemys concinna suwanniensis). Accurate delineation of this species' distribution is vital to assuring appropriate conservation and management efforts. Other than limited references to this species in the Alafia River in both the scientific and gray literature, little is known regarding its occurrence south of the Weeki Wachee River. The paucity of fieldwork conducted in the past illustrates the need for basic research in this region. This project is generating much-needed data for a species that is known to be data-deficient. The distribution map below was prepared prior to our documentation (Walsh and Heinrich 2015) of the Suwannee cooter's occurrence on the Pithlachascotee River. Check back soon to learn the exciting results of our recent fieldwork. 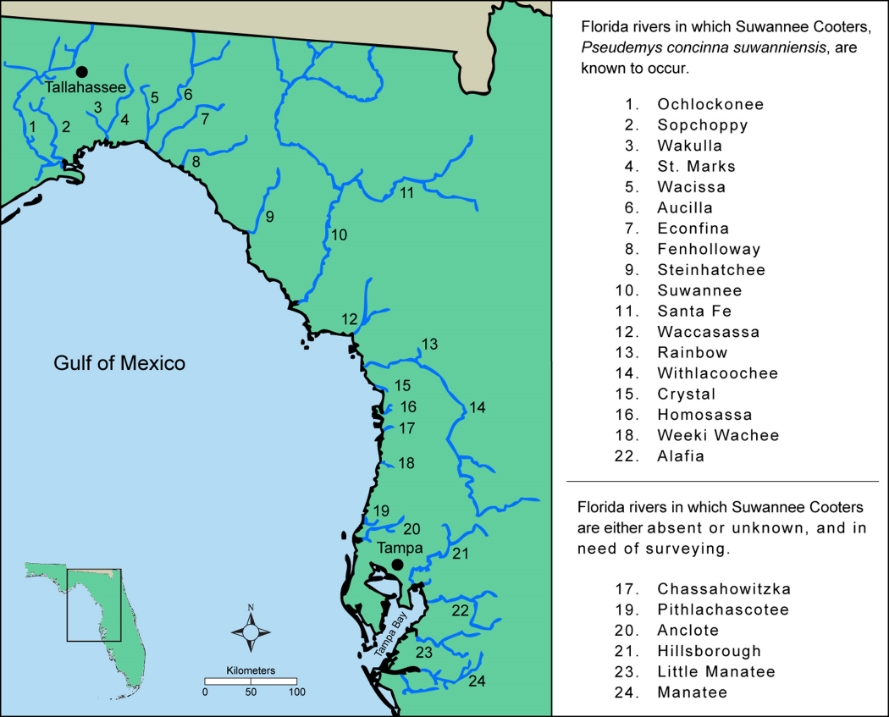 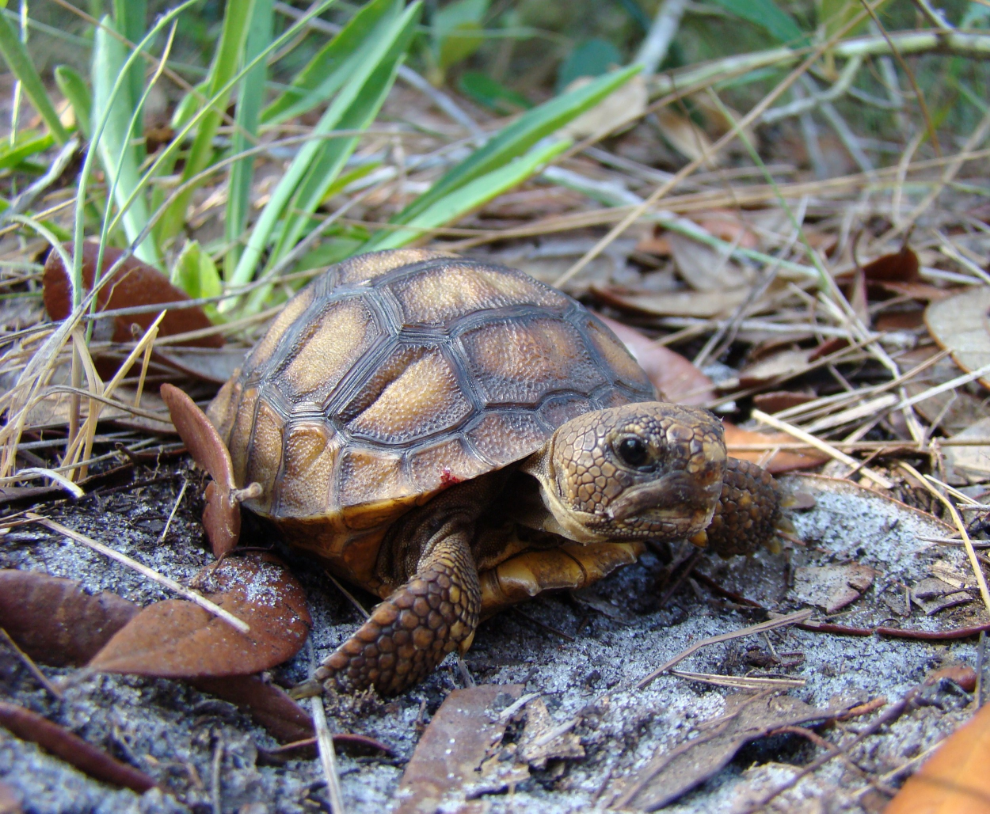 Boyd Hill Nature Preserve (St. Petersburg, Florida) is home to the largest remaining population of gopher tortoises (Gopherus polyphemus) in the southern Pinellas Peninsula. Preserve visitors can easily watch this threatened species foraging in the uplands, as well as view their burrows. These burrows serve as important homes or refugia for at least 364 other species that occur throughout the tortoise’s range.

A new gopher tortoise burrow survey will be conducted throughout the preserve's uplands during April-May 2016.  Conducted by Heinrich Ecological Services, this survey will provide data resulting in the production of a new distribution map, a revised estimate of population size, and determination of tortoise density per management unit.  A large number of volunteers will be needed to complete this project.  This is an opportunity for individuals to learn about the ecology of this threatened species, while participating in actual wildlife research.

Please contact [email protected] or (727) 599-1843 for additional information on how to become involved with this project.

Ongoing Suwannee cooter (Pseudemys concinna suwanniensis) research in the Alafia River, conducted by Heinrich Ecological Services in collaboration with the Bruce Museum (Greenwich, Connecticut), was highlighted in this recent Fotobug podcast (interview begins at 13:17 mark).  Thanks to Jim Caldwell for promoting this field project.